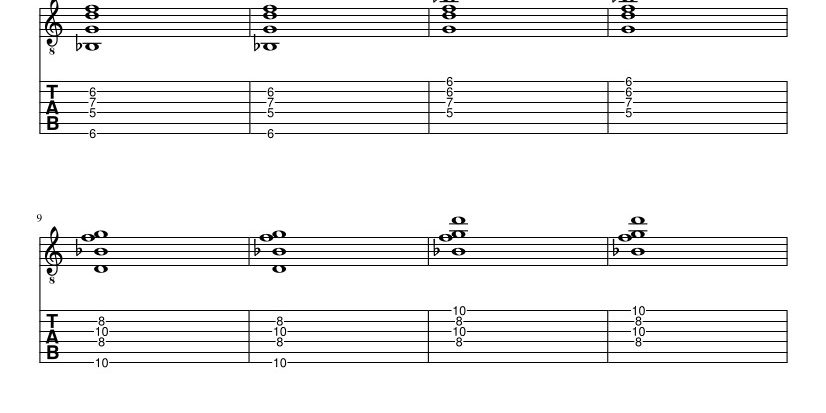 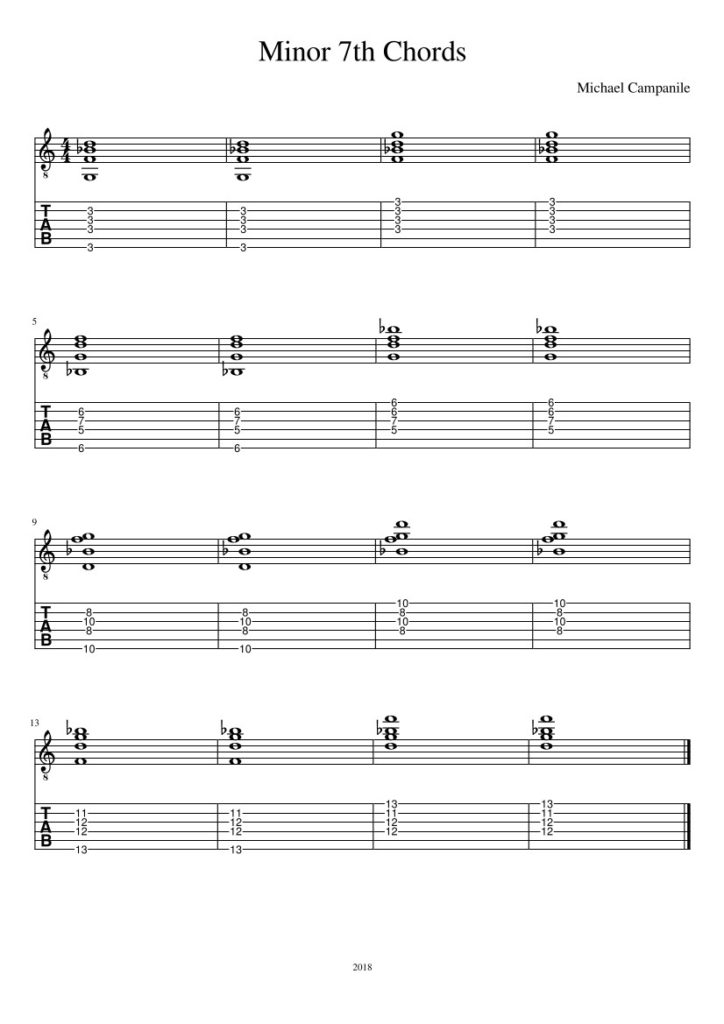 How do these things work?

Chords can have their spellings flipped around, and still be the same chord. So in the case of G minor 7th, the spelling is G-Bb-D-F. If you play the chord Bb-D-F-G, it’s still G minor, you’re just playing an inversion of the chord. Since the chord has 4 notes in it, there are three inversions.

What this means is there are four ways to play the same chord at the bare minimum. Now, because of the way the guitar is arranged, even more than 4 can be found, but for now, we’ll stick with these four. There are many ways to go further from here. You should experiment with using these new voicings in your own tunes, or tunes you have already learned. Perhaps you’ll get something totally different out of it!